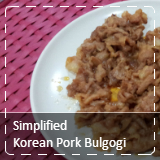 Occassionally, to satisfy his cravings, he will order Korean Pork Bulgogi from the stall at the Foodcourt, even though it was the “not so nice” version compared to others. Since we had too much pork belly left uncooked from the previous steamboat session, he decided to cook his style of Korean Pork Bulgogi with reference from one of the recipe in Channel 8’s Let’s Cook1 program. 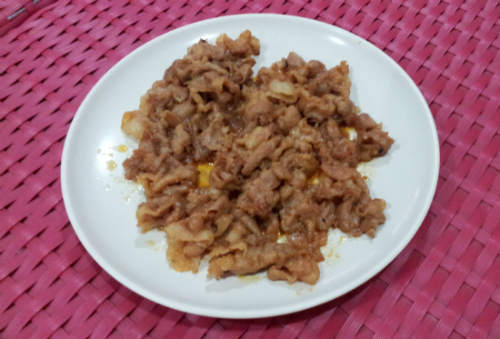 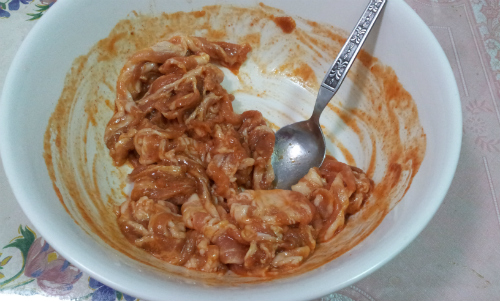 1Let’s Cook, a TV program from Channel 8, hosted by Cavin Soh and Quan Yi Feng. Each week, according to different themes/countries, the show will feature 2 contestants battling against each other in cooking their local specialities. If you like their dishes and couldn’t remember the steps or ingredients, you can check out their website for the recipes like he did (But it’s in Chinese…) 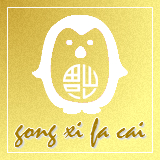 My Dress is here 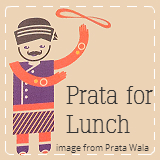