As usual, we will go for dinner after gym. Ha ha ha…sometimes I do wonder after dinner, if the stuffs I did earlier were effective. Initally, they were thinking of having Thai, and after that, decided to have dinner at Dian Xiao Er instead. Think it is still early, there isn’t any queue at about 545pm (yes, my dinner). They were browsing through their menu and I’m busy snapping. Love the interior, it’s so homely. It somehow also reminds me of those Chinese martial arts drama / movies where swordsman or businessman will stop and rest at some teahouse / tavern before continuing their journey.

Decided to order for their Family Set A from the set menu. He he he…too much items to choose from, it is always easier to order from set menus.

Duck Roasted w Angelica Herb
I am not a fan of Chinese herbs, partly because of the smell. The main reason is that certain herbs are too heaty for me. Grandma used to prepare herbal soup for me once a month when I was younger. And everytime, I will have fever or nose bleed after that. She did mentioned before, but I forgot which are the ones that I couldn’t take.

This dish doesn’t have much herb taste, in fact it’s kinda sweet. I like! The ducks were first marinated with a myriad of herbs and spices for hours, thereafter roasted to crisp and golden brown in appearance. It’s tender and juicy.

Baby Kai Lan with Salted Fish and Lime
You may think it’s obvious, but I still find the dish slightly too salty. He he he… Overall it’s nice, but not sure why the need to add a little bit of lime taste in it. Would prefer it without lime taste.

Dong Po Pork
Wow, the most sinful dish after Gym I suppose. I don’t like soft stuffs (except beancurd jelly)…especially this dish looks sooo sinful. I just got to try it because they said it’s very nice. It really tastes good with that special sweet sauce and the meat melts in your mouth. Woooo…

HK Style Steamed Fish Slices
Not sure why it’s Hong Kong Style, but it tastes yummy.

Not sure if it’s coincidence or what, I’m currently on medical leave due to high fever. Any idea what type of herbs I can take and cannot take? Think it’s time to visit the chinese sinseh to treat the body.

Not sure if you had noticed, I’ve changed the look of my blog again :p I think it’s pretty much the same as the previous one just that there’s no sticky post for this. It’s not really complete yet, I am still making some minor changes here and there. You know, sometimes I can be very fickle minded :p And now I’m thinking whether to have featured image or not… 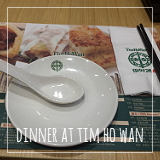 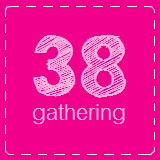