I Confess (고백합니다) by F.T. Island 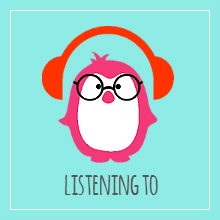 “I Confess” a song by F.T. Island (short for Five Treasure Island, a 5-member pop-rock band from Korea; members age around 21-24 years old) has been going on and on in my head and mp3 player. It is not a new song though. I get to know this song while watching We Got Married Global Edition Season 1, in the episode when Fujii Mina put on her gown and showed it to Lee Hongki (lead vocal of F.T. Island) and I got hooked since then. Well, I don’t understand Korean, nor I’m a fan of F.T. Island (oops, sorry), I just find the song very catchy, sounds sweet and I’m also attracted to the coarse voice. Wahahaha… He he… to be honest, I don’t know them before the show. After being attracted to this song, I searched for their songs in YouTube and realised that there are some really nice ones and they do sing well.

Season 1 was broadcast sometime in 2013 I think. Reason why i watched Season 1 was because I happened to catch Season 2 on TV and finds it quite interesting. And yes, I’m hooked as well…wahahaha… It is a reality show yet at times seems real. And some scenes were really sweet and touching. Besides Lee Hongki and Fujii Mina, 2PM’s Taecyeon (oooo…handsome…wahahaha) and Emma Wu were in too. They are funny…. catch it if you have the chance.

About We Got Married Global Edition:
A global edition spinoff of the widely popular ‘We Got Married’, get to see how the on-screen virtual marriage between idol celebrities from different countries work out through weekly missions and candid interviews. Couples are paired from Korea, Japan and Taiwan. ~wikipedia

About We Got Married:
We Got Married (Hangul: 우리 결혼했어요) is a South Korean reality variety show, one segment of the Sunday Sunday Night program. First broadcast in 2008, the show pairs up Korean celebrities to show what life would be like if they were married. Each week, couples are assigned missions to complete, with candid interviews of the participants to reveal their thoughts and feelings. ~ wikipedia

So, here’s the song (I couldn’t find their MTV, but found this unplugged version which is nice too):

English Version:
I now confess my heart to you. Only the heaven knows my heart.
I feel tears coming out,
at the thought of telling you my truth that I’ve kept so preciously.
All the memories pass by me.
Today wouldn’t be here if it wasn’t for you.

[#] The day we first met, I was awkward and young.
The times you waited for me just because I told you to trust me.

At times, I hurt you with my mistakes. But you never once blamed me,
and gave me strength smiling, ‘it’s okay. it’s okay.’
Whenever I made you upset saying I’m busy, you could have blamed me.
But you believed in me, saying ‘don’t worry. don’t worry.’

I selfishly hope that your heart will be the same forever.
I will try my best everyday for you.

I’ll remember all the memories we made, the times we cried and laughed,
I’ll remember them even at the moment I die

I say it again. I love you.
Please never forget my heartful confession today. I love you.

Please correct me if I’m wrong. Not sure if his name is Lee Hong-gi or Lee Hongki; not sure if the title should be “I Confess” or “I am going to confess”. Both came up when I googled…

Personally, I really love his voice. Pretty unique, coarse and quite powerful. Found some clips which he sang live…wah…like it can penetrate into you… For his age, I think he’s good. Am really hooked… 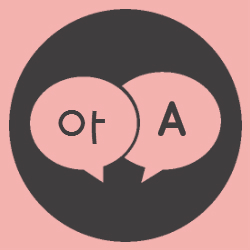