Went to Amoy street for meeting on Monday. Haven’t been to Amoy street for a long time, used to work there. I love the food in the Hawker Centre, Salad Bars, Sandwiches/Bistro Bar, etc, but it’s always crowded during lunch time. Meeting ended at around 1130am, and was thinking of having light lunch, it’s either salad or sandwich.

Am thinking of going back to the cafe which I’ve been there a few times, and saw Pasha Bistro Bar across the street, so decided to give it a try. The logo is nice.  Looks like someone dancing.  But there’s a moment, I thought it’s a rat :p  Well, anyways, there’s only one staff at that time. It’s a small cafe with standees tables & chairs, think it can only accommodate about 12-14 dine-in customers.

Colors in the Bistro Bar are mainly Red and White with some exotic lanterns.  Looks warm and cozy to me.  Was interested in the Beer, that’s why I took this picture (totally forgot about taking picture of the surroundings :p)  This 1L Paulaner Beer with mug is selling at S$39.90 and according to him there’s only 2 places selling this, PASHA Bistro Bar is one of them.  Tempted to buy, but it’s heavy…

Ordered Tuna Melt Ciabatta for JL and BLT Focaccia for myself. I’d prefer Ciabatta, but he said BLT goes well with Focaccia. Like the Bacon, it’s not too salty as compared to others. Wanna try the Tunal Melt, but looking at the cheese, I think I’d rather not. Both sandwiches taste nice, at S$6.80 each.

Another place for a quick lunch in Robinson Road area….

Dinner with the Gals 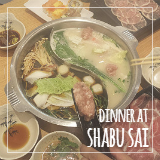