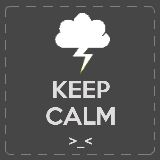 I’m back…sorry that I’ve gone missing for almost 1.5 month…oh man… It had been a busy and stressful period and I hope that all will be over soon.

In late June 2013, I was busy in preparing for my company’s participation in EnterpriseIT 2013 @ MBS and it coincide with the big hazy period of all times. Mood sucks, nose & eyes sucks too. Was tired and didn’t really wish to go online or blog about anything during that period. Managed to take a picture of the MBS during the haze period. Scary, isn’t it…. 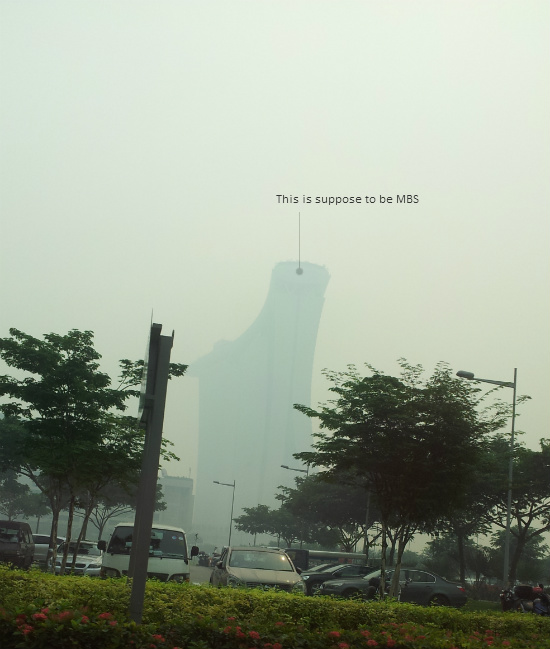 Then after the exhibition, I was hit by the big shit from landlord & housemates. Even until now, though I’ve already moved out from that place, I’m still stressed. Not sure what will be happening next, but I really wish it can be over soon and no more shit from them. I couldn’t really sleep and eat well for that 2 weeks. I’m lucky to have great friends around me and am really thankful for their advises. Cannot imagine if I were to face it alone. There was a time I almost gave in, luckily I didn’t. Always so complicated when it comes to Tenancy Agreements, especially when you met nasty landlords or tenants. I am still puzzled and confused who I met this time and how it can happen. I can only pray that it all ends here. Well, prepared to lose the deposit (even though by right it shouldn’t)…a lesson learnt!

Suddenly realised that I have it in one of my new year resolution I set early this year and I’m still not saying NO. I think things will be different if I were to reject the option right from the beginning….

Random about the Hello Kitty

Not forgetting about my McDonalds Fairy Tale Hello Kitty collection. The exhibition was in MBS and there isn’t any McDonald nearby. I’ve asked JL to help me get the Ugly Duckling for me. He he he…lucky lucky :p According to her and MCD’s facebook fanpage, the Ugly Duckling was sold out in within 12hours and the Singing Bone was sold out even before midnight. It is crazy… There were some exchange of images and queues were already formed at 8pm. Some of us didn’t manage to get the Singing Bone and there were people who were selling it at S$30 – S$50, some even more. Irritating! Check out JL’s post on the Singing Bone Kitty.

After the Hello Kitty craze, now it’s time to queue for the free Despicable Me 2 toys with every purchase of Happy Meal. It’s like never ending.

Even though they are limiting to 3 meals per transaction and not available via Drive-Thru, McDelivery & Schools this time, it still sold out within a short time. WHY???? It’s suppose to be on sale every Thursday, 11am onwards. My colleagues went to 3 McDonalds outlets in Chinatown at 2pm and were all sold out. Luckily, I still managed to get 1 when I reached there at 1pm. I was hoping to get the fat one last thursday week, but was out of stock by 130pm… Sigh…

If you just want the toy and don’t feel like eating the meal, here’s an option from McDonalds. Started from 18 Jul 2013, you can choose to donate your Happy Meal(s) to their charitable partner, MINDS (The Movement for the Intellectually Disabled of Singapore). All you need to do is to inform the counter staffs that you would like to donate the Happy Meal when ordering. The meals will then be delivered to MINDS after the promotion.

For those who didn’t managed to get and would really want to collect them, McDonalds came up with a “Deferred Fulfilment” option for you: 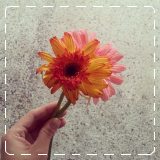 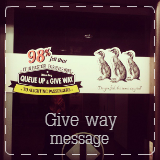 A day through my lens – Give Way