Happily exploring a new place for lunch today but was slightly disappointed. We went to Singapore Chinese Opera Museum at Sultan Plaza, a Chinese Opera themed café. According to their website, they have another cafe which is located at 52 Kandahar Street, but is usually closed when we walk pass nowadays. Exhibits & décor in the café are all Chinese opera related, eg. costumes, musical instruments, puppets, etc. Interesting , especially to the younger generations, whom rarely have the chance to watch Chinese Operas now. Seats were limited, only like 10 or less tables of 4.

Menu was on the wall, behind the counter. In a way, is good as the menu may be crumpled as time goes by and can be quite sucky if you don’t change them :p I would think providing food is secondary to them. They do not have a proper kitchen and food seems to be pre-packed. They do have coffee machine for Latte, Espresso, Cappuccino…

BL’s Pork Ribs Noodle
Not sure if the bowl looks big or portion is big… Not very tasty, but smells nice though.

JL’s Chicken Chop Noodle
This is probably the biggest hoohaa of the day. The Noodle came with cut chicken chop and additional ingredient, ie. Cellophane Wrap. YEAH! The Cellophane wrap was used to pack the already cooked Chicken Chop before the staff heat it in the microwave. Gosh… Who on earth will remove the food wrap and throw that into the bowl and serve it to customers? We requested to have it change. Waited for like a while, the lady came back with “another” bowl of noodle. Ha ha ha… JL said is the same bowl, cos she bit the noodle in the earlier bowl and the mark is there. So, apparently, they did not get her a new set.

Y and I ordered Curry Chicken
I think this is the safest order among all. But seems like they only left with 1 portion of Curry Chicken. Y requested a portion without the meat, just gravy, vegetables and mushroom. Mine is just the normal one. I think they split the original portion into 2, one for me, and one for Y’s special order. She was disappointed that hers doesn’t come with Potato. When we asked the lady, she said we only left with 1 portion and your’s was separately prepared. Hm… BL said it tastes like those canned curry. Ha ha ha… I think so too, just that it’s not salty. Or did they add water in it?  But the bread was nicely toasted.

Together with 3 Lattes and 2 Ice Lemon Teas, the total bill was around S$56.00

They had some classes later in the afternoon. What they did was shift the tables around to have a big empty space in the centre.

Hm…maybe not a good choice for a proper lunch. It is good enough since they do not have a proper kitchen. A good place to get to know more about Chinese Opera… 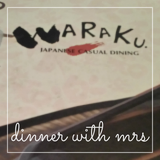 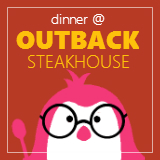 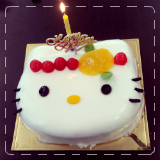