While he was enjoying his time with his brothers last week in Bangkok, I was busy munching away too. Yes, he’s away for his Brothers’ trip AGAIN…  And he sent several food pics over, so envious. Craving for seafood and nothing to do over weekend, so JL and I decided to go shopping on Saturday and seafood dinner with AL after that.  Sad to say, nothing from my shopping trip.

Reached Crab Party @ 7pm.  Crowd started coming in, and most of them with reservations. Service was ok, staffs were friendly.  We ordered a crab, but unlike other bigger tables, we didn’t get to see our crab.  The staffs showed the crabs, which they chose to the customers. Well, come to think of it, it’s better not to show me.  Not sure if I’ll still have the appetite.

Stir Fry Baby Kai Lan
Taste ok, but salty. Too much garlic though

Lastly, the star of the night, Chilli Crab
Crab is fresh, sauce yummy, thick but spicy for me.  Seems ok for AL.

Fried Buns
The staff told us that it’s S$1 each. We were like “wow…so expensive”. When it’s served, we realised why it’s so. It’s big, unlike the usual ones we had at some seafood restaurant, they were smaller. Well, we think it’s too big, and not as nice as the smaller ones. Outside was alright, slightly crispy. But inside was a bit soft, think it’s too big, cannot really deep fry them for too long.

JL and I went to Wala Wala Cafe Bar (a local home grown bar located in Holland Village) on Friday after work.  It’s about an hour train’s ride, tried to leave on time.  By the time we left office, it’s already 715pm.  He he he…  Reached there at about 8plus, and it’s so crowded.  Luckily managed to get a seat at level 2, next to the platform where the band performed. If you do not mind small table, it’s a good place to chill with friends.  But do not try to chat when the band is performing, you actually have to shout across 😛  Chicken Wings is a MUST TRY!

Not sure if the bands perform every day, but I think they are definitely performing on weekends. Maybe can check their facebook for pictures/schedules. 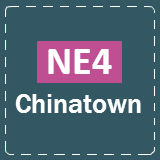 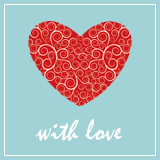