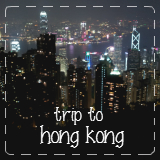 [in Hong Kong] Went to meet friends after we sent his folks back to Hotel, drank and back to hotel at 5+ in the morning. He was wasted and as expected he super duper overslept. Missed the important lunch date! Not wanting to waste my time waiting for him to wake up, I brought his parents to Wong Tai Sin (黃大仙) at about 12+. They already went out and back.

Wong Tai Sin Temple is a well known shrine and major tourist attraction in Hong Kong It is dedicated to Wong Tai Sin, or the Great Immortal Wong. The 18,000-m² Taoist temple is famed for the many prayers answered: “What you request is what you get” (有求必應) via a practice called kau cim. The temple is located on the southern side of Lion Rock in the north of Kowloon ~ wikipedia

How to get there?
Take train and alight at Wong Tai Sin MTR Station (Exit B2)

Spent sometime in there, also did some shopping as his mom wanna get some pendant/bracelet for his cousin. Walked over to the Wong Tai Sin Plaza nearby because I wanna have my favorite McDonald’s Sausage McMuffin with Egg. Ha ha ha…it is also an item in my “must-have” list. He he he…theirs available the whole day and they used pork for the sausage :p No offence to my Muslim friends. Reached hotel at 3+ and thankfully he’s already awake. Rot a while and left for The Peak.

How to get to The Peak?

If you are going there, you can get a 3-in-1 Combo tickets at HK$300 (Online price at HK$280) which entitles you to enter Madame Tussauds Hong Kong, Peak Tram 2-way ticket and Sky Terrace 428 ticket. I think it’s quite worth it to get the tickets online. Tickets to Madame Tussauds alone is HK$225 + HK$40 (Tram) + HK$40 (Sky Terrace), adds up to HK$305. You can visit their website to check out other combo packages.

We ended up taking a cab to The Peak. The queue a the Peak Tram Terminus was scary. 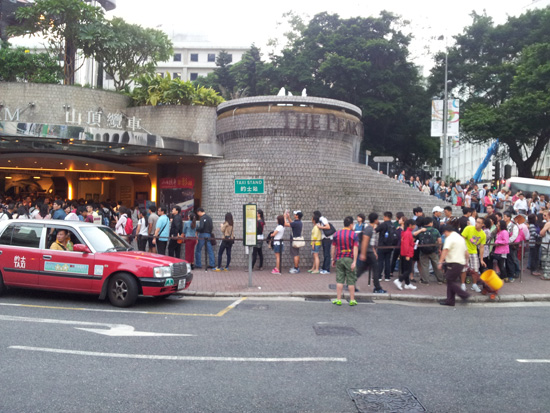 Spent a while in Madame Tussauds, his parents went around taking pictures. We’ve been there previously, but noticed there’s some new additions. It’s a pity that the Hello Kitty was not ready yet 🙁

Here’s some of the celebrities: 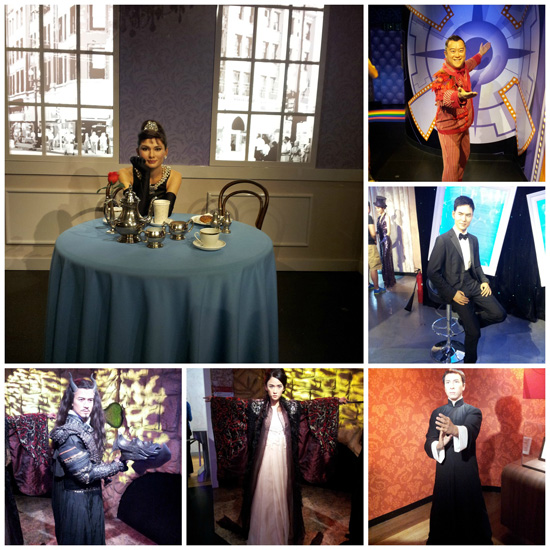 Some Super Heroes & Cartoon Characters, and my favorite McDull (麥兜) and his Mama 😀 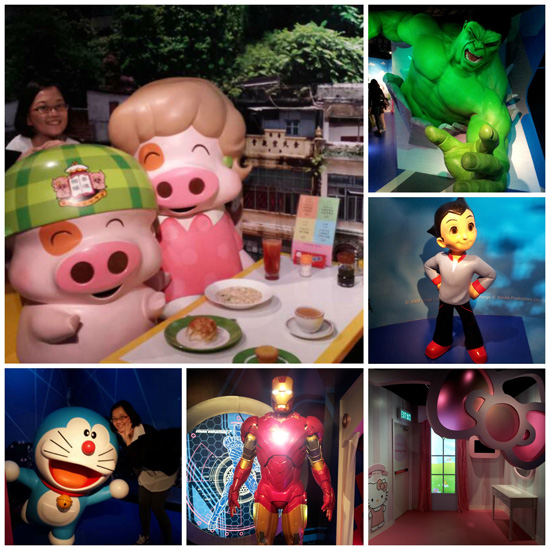 Besides visiting the wax museum, enjoying the scenery, you can shop around too. There are quite a number of shops at The Peak Tower or The Peak Galleria. There’s also Coach Factory outlet there. I used to buy alot of Hello Kitty stuffs from one of the shop in The Peak Galleria. He he he…forgot the name though :p

Had dinner at Tsui Wah Restaurant before leaving The Peak. Was thinking of taking the tram down, but the queue was equally bad…sigh…too bad… 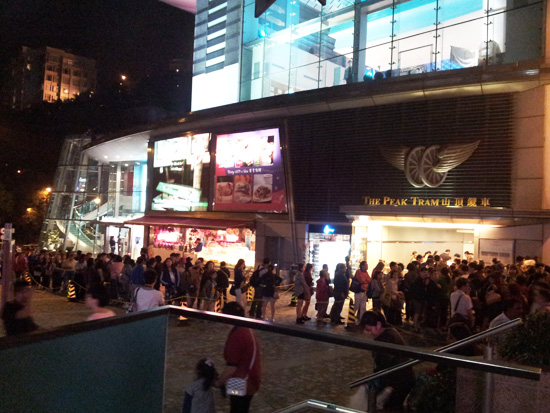