Love snapping around, and having a mobile phone with nice and good camera app is really convenient (partly because I’m too lazy to bring my camera around and at times my bag isn’t really that big :p). I have been searching for nice and FREE Android Camera Apps for my S2 since the switched from iPhone. Was browsing through my friend’s iPhone, there really seems to have more cuter and nicer apps for photos…and mostly not available in the marketplace 🙁 However, there has been a decent increase in the number of applications in the marketplace, happy happy… Of course besides searching from marketplace, I’ve also gathered some information from online reviews

Downloaded some apps and played with them for a while. I’ve noticed that not all features in one are nice. Effect is nice but not frames/stickies or vice versa. Sometimes, I will use 2 apps to edit the photograph. I’ve downloaded several free camera apps and the apps and this is one of which I used pretty often and would like to share…

美图秀秀
Interface in Chinese, but with nice border and background. Besides taking photos with the app, I can use it to beautify the photos in the gallery, combined several photos (up to 9) together. There are some resources available for downloads too, such as background, borders, etc.

This is a free application, comes with basic image touch-up function such as cropping & rotating your image, adjusting your image lighting & colors, whitening the image (this is good for some ladies who wanna enhance their close up shots).

Besides these, it comes with several categories of effects available, eg. Lomo, Artsy, Studio. In each category, there’s about 10 or more effects to choose from. Adding borders and background is another feature I like ☺ There are preset borders, such as Film, Recording, Polaroid, Retro, etc styles. The following is one of the border I used very often – “cloud” border which comes with the pinkish background.

Combining several photos together (collage) is another of my favorite. There’s several preset layout available, depending on how many images you are combining. What I don’t like when selecting preset layouts is that I have to scroll left and right to see what are the options. Example if I like 1/5 and 4/5 after reviewing all options, I have to scroll back to my preferred layout to select (well, being forgetful, there are times I forgot that which one I like :P). There are no thumbnails to preview or select at the bottom menu. Of course, there is an alternative option for me if I don’t want any blocky layout. I can choose a free style and move or place my images anywhere I want. I can even put it slanted. On top of that, I can choose/download beautiful backgrounds to go along with.

One feature that I did not use very often is adding texts, because I can’t change font style. I can add the texts I want, add shadow or bold them. There are also several texts balloons to choose from. But if the texts are too long, I have to manually break the line and preview and repeat the process if it doesn’t look good.

As this application was developed by China Developers, after editing, I can choose to share via the already available QQ, Weibo, Renren.com, etc. Or I can select “more”, which a pop up will appear displaying the available applications in my mobile.

Did I miss out any features?  Share with me!

Oh, there is a desktop version as well.  Haven try that though, will try soon. 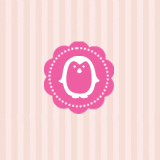